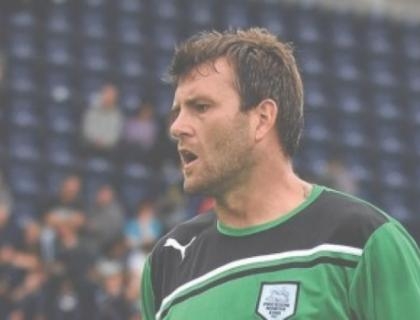 
Hill has no new injury or suspension worries as his side chase back-to-back league wins in a bid to stay in the top three.


But striker George Donnelly remains sidelined with the ankle injury that has ruled him out of the last four matches, so George Cummins is expected to continue alongside Scott Hogan up front.


Skipper Peter Cavanagh has returned to training as he continues his rehabilitation following a long-term Achilles injury, but remains several weeks away from match action.


Exeter midfielder Tommy Doherty is available again for the Grecians.


The former Northern Ireland Under-21 international missed the 2-0 home defeat to Southend last weekend through suspension after picking up his fifth yellow card of the campaign.


And Doherty could be one of a number of changes to the starting line-up after an angry Paul Tisdale expressed his frustration at the side that were comfortably beaten by the Shrimpers last weekend.


The club's Under-21s beat Southampton on Wednesday night and a number of their star performers are pushing for starts including goalscorers Jimmy Keohane and Jake Gosling while Danny Butterfield is expected to return at right-back after building up his match fitness against his former club.